My friend Michael Eakes recently got back from driving through every country in Central and South America in a car, starting in Alaska. A month into his trip, down in southern Mexico, he ran into a crises of confidence, and thought about turning home. It just so happened that at his going away party he received a book of poetry from one of my good friends, Oscar Cisneros. Oscar is a lawyer by day and a poet by night, and has printed his own book of poetry that combines the paintings of his mom with his own poetry. When Michael had his crises of faith, he remembered that he had this book of poetry, and read it. The poems inspired him to go on, and to thank Oscar Mike took a photo of the poetry book sitting on a beach in Mexico: 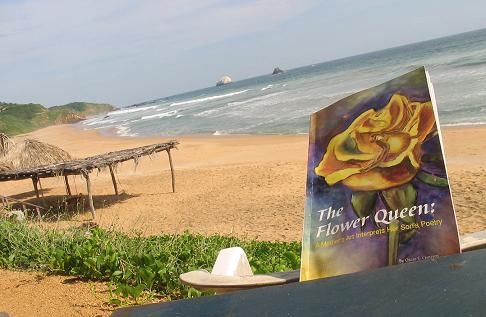 Unbeknownst to Michael, Oscar has been scheming to pay him back. He commisioned his mom to paint this exact photo on a large canvas; Oscar sent it, and it just arrived today. Here is Michael as he his opening the package: 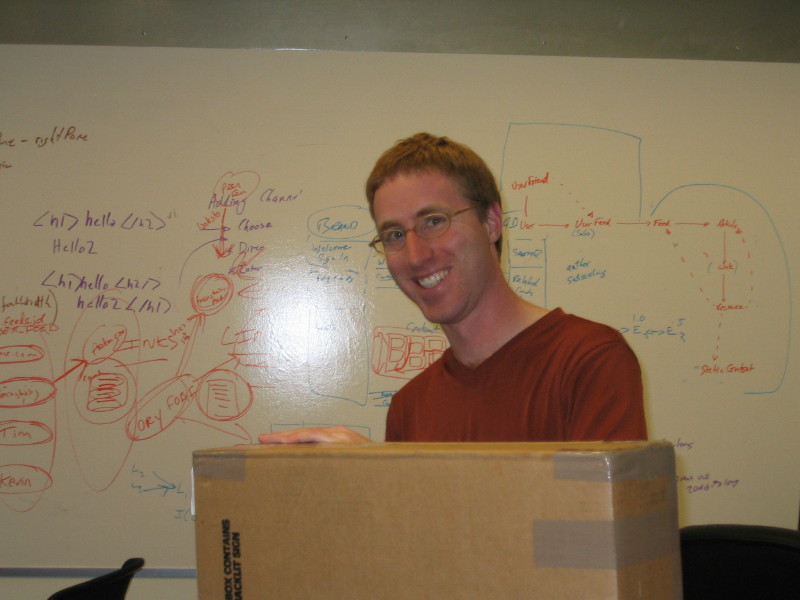 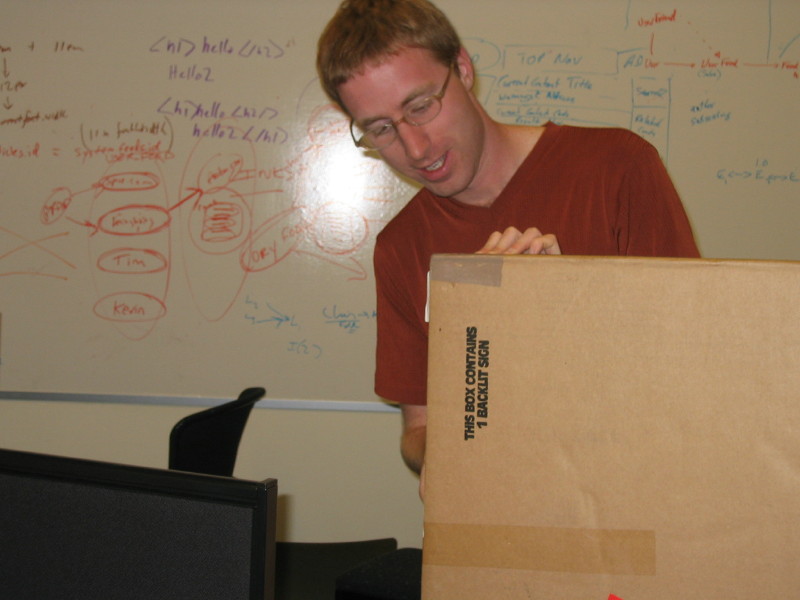 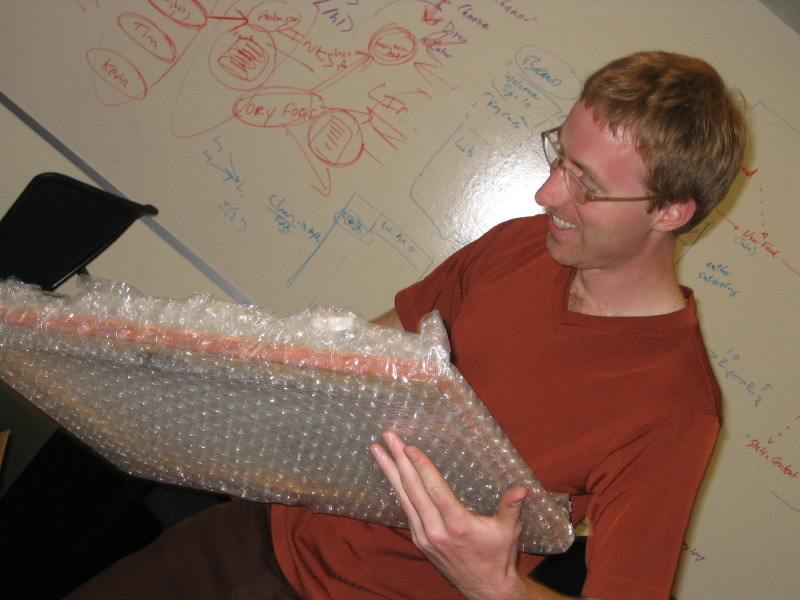 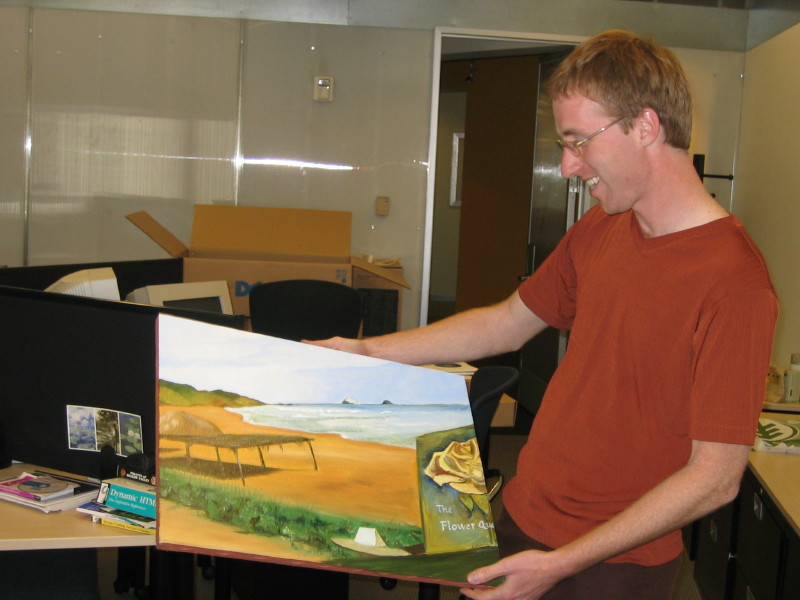 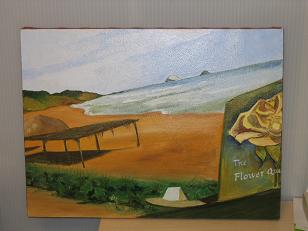 Enzo Michelangeli had an interesting idea on the p2p-hackers list this morning using my P2P Sockets project:

Perhaps one could combine a standard SIP proxy (better if written in Java,
like https://jain-sip-presence-proxy.dev.java.net/ ) with Brad Neuberg's
P2Psockets (which is built on top of JXTA): http://p2psockets.jxta.org/ .
What do you think, Brad?

That sounds like a trip! Sure sounds like a worthwhile project. If you grab a Java-based SIP library that is based on java.net.socket and serversocket, you could probably port it over to P2P Sockets in a weekend just by converting it to use 'new P2PServerSocket' and 'new P2PSocket' wherever you see 'new ServerSocket' and 'new Socket'; you also need to add some code to initialize the P2P network, which is pretty easy. I'd be interested in seeing what the performance is, as well as how long it takes to establish a connection. Also, I'm not that familiar with SIP; how does it establish endpoints that you can communicate with? Does it use DNS? If it uses DNS you could convert it to use the P2P DNS in P2P Sockets. Note however that P2P Socket's distributed DNS system isn't secure, though.

This would be an easy and fun proof-of-concept port if folks are interested.

What do folks think of this? Post your replies as comments to this weblog entry.

Just got this email about another Mozilla Developer Day:

Plans are unfolding for another Mozilla Developer Day to be held on Friday, August 6th in Mountain View - the day after LinuxWorld wraps up in San Francisco. The event will tentatively be held at the Google campus in Mountain View. The tentative agenda includes presentations by Mitchell Baker and Chris Hofmann, Brendan Eich, and Nigel McFarlane speaking on Web Apps with Mozilla. The registration fee for the event will be $25; if you want a t-shirt thrown in the registration fee will be $50. The registration fee will cover the cost of a hearty lunch, beverages, snacks and a reception following the day's events. More information will be coming soon, including a final agenda and information on how to register for this event.

Todo: Lucas Gonze told me to check out this guys website; he says he's a DHTML wizard. When I get a chance I need to look at that and learn from him.