I posted a couple of interesting updates about the Creative Commons SF Street Mural I found a few days ago; go to the original post and scroll to the bottom to see them.

A bevy of space stuff. First, check out this picture from the Mars Rover that might be showing water that was squeezed out of the ground and then quickly refroze when the Mars Rover pressed it down with its wheels: 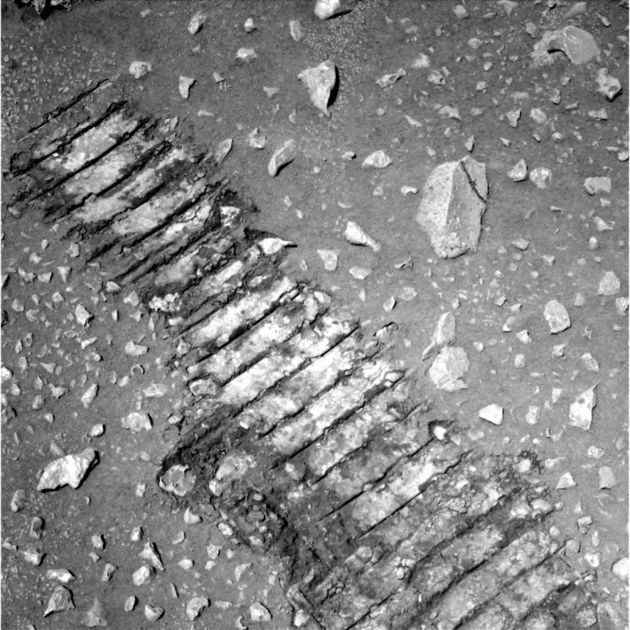 Second, a fascinating article from Space.com on the possible detection of life on Mars by the Mars Rovers:

Those twin robots hard at work on Mars have transmitted teasing views that reinforce the prospect that microbial life may exist on the red planet.

Finally, while I believe that Earth-like planets are probably very common, another interesting article reports that some scientists feel that they might be very rare.

Wow, this rocks. Kevin Roth has written a completely cross-browser HTML rich edit control that is in the public domain. I've been playing around with it tonight and its great. Give this guy some money through his PayPal link for making such a great gift available to folks:

I plan on integrating this into JSPWiki one of these days when I get some time (which doesn't look like it'll happen soon); no more simple HTML textareas for Wikis! Anyone wanna try to get Kevin Roth's rich edit control to autodetect Wiki links in camelcase?