Volunteering for the X Prize, Part 3

We made it to Bakersville, where our hotel is; it was a 6 hour drive. I collapsed on the bed and took a nap. I'm typing this at the hotel, getting ready to jump in the shower and get dressed up for the volunteer meeting over at the Mojave Airport (Space Port?).

Two funny things I saw on the road driving up here. The first was a gas station named Gas War: 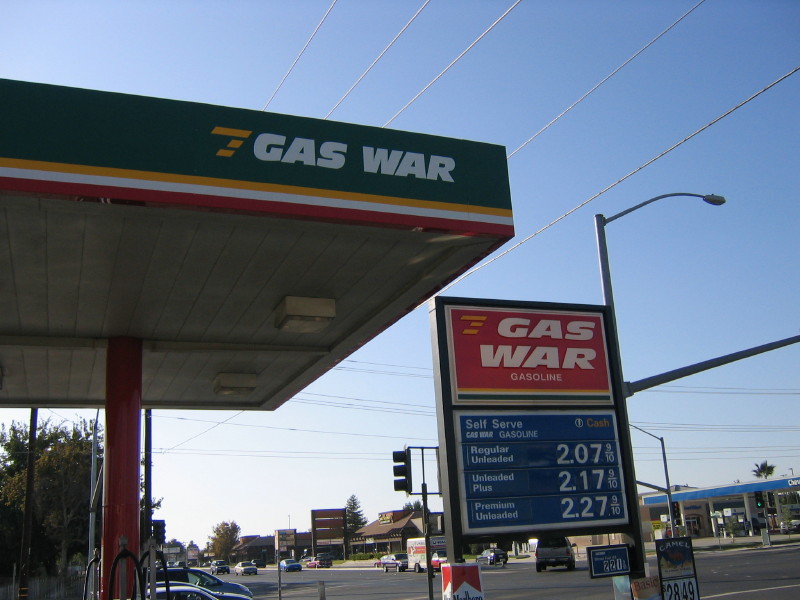 That just seems like a terrible name for a gas station; weren't most of the wars we've fought recently Gas Wars? :) I went into the gas station and asked them why they named themselves that; they said it is because they get in "gas wars" to have lower prices with neighboring gas stations.

I also saw a giant semi where someone had written "Flush both Jhons" (actual spelling). Dad and I couldn't figure it out until we realized the driver meant to Flush John Kerry and John Edwards, like a toilet. I really liked how he spelt Jhon though; I bet the driver wouldn't have appreciated if I asked him whether that was a French-style spelling. :)